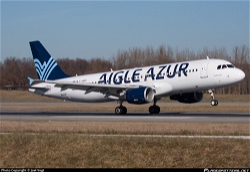 British Airways (BA) is the flag carrier airline of the United Kingdom. It is headquartered in London, England, near its main hub at Heathrow Airport.[4][5] The airline is the second largest UK-based carrier, based on fleet size and passengers carried, behind easyJet. In January... 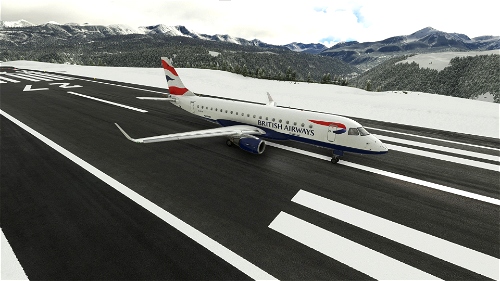 British Airways (BA) is the flag carrier airline of the United Kingdom. It is headquartered in London, England, near its main hub at Heathrow Airport.[4][5]

The airline is the second largest UK-based carrier, based on fleet size and passengers carried, behind easyJet. In January 2011 BA merged with Iberia, creating the International Airlines Group (IAG), a holding company registered in Madrid, Spain. IAG is the world's third-largest airline group in terms of annual revenue and the second-largest in Europe. It is listed on the London Stock Exchange and in the FTSE 100 Index. British Airways is the first passenger airline to have generated more than US$1 billion on a single air route in a year (from 1 April 2017, to 31 March 2018, on the New York-JFK - London-Heathrow route).[6]

BA was created in 1974 after a British Airways Board was established by the British government to manage the two nationalised airline corporations, British Overseas Airways Corporation and British European Airways, and two regional airlines, Cambrian Airways and Northeast Airlines. On 31 March 1974, all four companies were merged to form British Airways. However, it marked 2019 as its centenary based on predecessor companies.[7] After almost 13 years as a state company, BA was privatised in February 1987 as part of a wider privatisation plan by the Conservative government. The carrier expanded with the acquisition of British Caledonian in 1987, Dan-Air in 1992, and British Midland International in 2012.

It is a founding member of the Oneworld airline alliance, along with American Airlines, Cathay Pacific, Qantas, and the now-defunct Canadian Airlines. The alliance has since grown to become the third-largest, after SkyTeam and Star Alliance.

Create a free account now to be able to to keep track of your mods and their latest updates without struggle.

Great Job! If possible, please add a little more blue on the tail in the back, its filled in a little more....Thank you so much!

We kindly ask you to understand that we cannot process copyright requests through this form, as we are required to receive such correspondence in the form of a formal complaint to comply with the Digital Millennium Copyright Act. Please familiarize yourself with the DMCA procedure and send us your notification to the address below. Please note that incomplete or invalid complaints will not be processed.

In accordance with our policy, we respond to notifications of alleged copyright infringement that comply with the Digital Millennium Copyright Act on the U.S. Copyright Office website and other applicable intellectual property laws. Our response may include blocking access to or removing allegedly infringing material and/or terminating accounts. If we remove or disable access to material as a result of such a notification, we may notify the owner or administrator of the affected content to provide a counter-notification.